Yet another feather in our cap! Nyati Group is honoured to have received two prestigious awards at the 11th Realty + Conclave & Excellence Awards, 2020, held at Hyatt Regency, Pune, on 20th February. We were felicitated with the Excellence in Delivery title and Nyati Unitree received the award for the Most Environment-Friendly Commercial/Office Space. Mr. Harish Shroff, the Director - Sales & Marketing at Nyati Group, received these awards on behalf of the entire Nyati family. 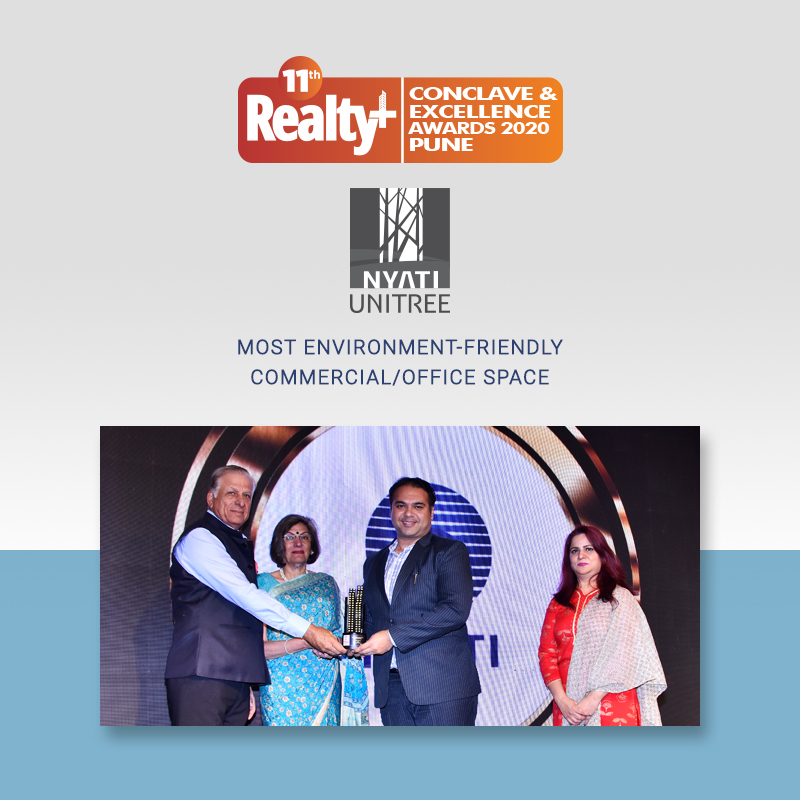